Tips for Improving Your Products Globally 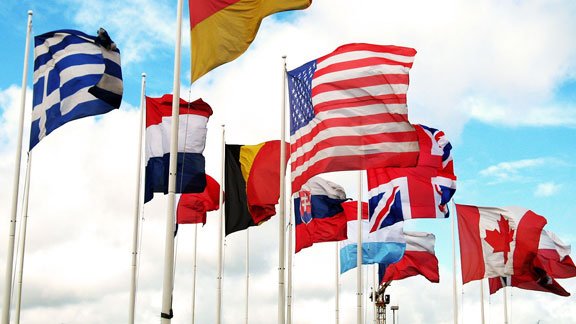 Geography, culture and world events can seriously impact your efforts in foreign markets. It is very important that before launching any product you do as much research as possible and that you keep up to date with news about your target countries. Becoming familiar with the target countries and cultures is imperative especially if your company does not have offices in those countries. However, starting with a good LSP is probably the most important first step because they have a lot of experience and can really guide you.

Below are some suggestions on some items that can be tricky because we often don’t think about them as potentially problematic, but as you’ll see they are, so read on for some tips!

Flags: the use of flags especially on digital products and websites has increased exponentially, however using flags can be tricky for several reasons.

Signs, Symbols, and Emojis: We live in a time that makes wide usage of emojis and symbols for communication. While symbols and their usage have mostly generated in Western countries, the meaning is by no means the same across cultures. For example, some hand gestures might have entirely different meanings or be outright offensive in non-western cultures. The same goes for emojis, think about the emoji for the anger that shows a red face, this is very typical of the western world but might make no sense whatsoever in other cultures. The same goes for the “innocent” emoji that uses the halo around the head which has a very strong Christian religion connection but may be alien to other cultures and religions.

Use of images: We tend to use images both on websites and on products of all types and they can be very powerful in conveying complex messages. However, they should be chosen carefully because everything from the way people are dressed, to the colors, to the background setting could be problematic for a target country. For example, having an image with only white people might generate the feeling that the message is irrelevant to non-whites. Showing too much skin on women in an image might be controversial in Muslim countries. Even colors have strong cultural associations and might be associated with sad or negative events such as death, mourning, etc.

World events: It might seem like a no-brainer but unfortunately it happens all the time. Keeping up with world events might save you some embarrassing situations even before the release of the product, material or campaign. for example, releasing a campaign that uses language like ‘trembling” or “shaking” in an area after an earthquake will certainly backfire even if the material was produced before the event and no harm was intended. In that case, the campaign should just be put on hold. Events that have a great impact on a country and culture happen all the time, from political events to natural disasters, to cultural events. All of these can potentially impact a campaign, a release on the target market, or a website launch, that is why one should always keep updated on what is going on around the world in general and in the target countries in particular.

Hope this tips will make you think about your product or campaign global launch and will improve the quality of your release.