The Different Languages of South America

South America is the fourth largest continent, commonly referred to as the New World. It is home to diverse cultures and traditions that emerged from pre-Columbian civilizations, indigenous tribes, enslaved Africans, and Asian and European immigrants. As a result, people of this continent are connected by multiple languages.

The South American language is divided into three broad groups:

In the 1500s, European countries such as Spain, France, and Portugal colonized the areas from Mexico to Tierra del Fuego (including most of the Caribbean). These areas are currently referred to as Latin America. In Latin America, people speak more than 448 languages. However, romance languages are the most commonly spoken.
Romance languages are derived from Vulgar Latin. They are a subgroup of the Italic branch of the Indo-European language. Spanish, French, Italian, Portuguese, Dutch, German, and Romanian are significant components of romance languages.

Indigenous languages of South America include:

Quechan is the third most popular and co-official language in South America. It is mainly spoken in Bolivia, Ecuador, and Peru. However, the people of Argentina, Chile, Colombia, Guarani, and Paraguay also speak and understand Quechan on a lower level.

Aymaran languages are part of Bolivia, South-eastern Peru, Northern Chile, and small areas of north-western Argentina. Tupí-Guaraní is Paraguay’s official language, and its various dialects are spoken across multiple regions. Meanwhile, Mapuche is a major part of Chile’s culture. Mapuche speakers consist of Indian populations of Chile, but it is restricted to speak Mapuche in south-central parts of the country. A small population of Argentina and Neuquén province also speaks Mapuche.

Talian, East Pomeranian, and Hunsrik share the co-official status with Portuguese in Brazil, Italy, and Germany. In more than a dozen countries, schools must teach these languages. The states of Santa Catarina and the Rio Grande do Sul have officiated Talian as a heritage language.

English is another big part of South American regions. It is the official language of Guyana, Falkland Islands, South Georgia, and the South Sandwich Islands. In historic parts of Argentina and Patagonia, people speak and teach Welsh. Other languages used on this continent include Japanese, Caribbean Hindustani, Javanese, Sranan Tongo, Arabic, Chinese, Romani, Haitian Creole, Greek, Polish, Ukrainian, and Russian.

Even though there are almost 500 languages in South America, some languages are spoken at a more significant level than others.

Spanish is the first and most widely spoken language of South America. Currently, more than 214 million people use Spanish as their native or second language. The most Spanish speakers are found in Colombia, which rounds up to 47+ million. Then Argentina has 43+ million Spanish speakers, Venezuela 31+ million, Peru 27+ million, and Chile features 17.4 million people who speak Spanish.
Spanish arrived in South America in the late 1400s. In 1501, the first Spanish-speaking settlement was established in Cumana, Venezuela. Today, Spanish is spoken in nine out of thirteen South American countries. The rest non-Spanish-speaking countries use translation services during trading and business communications.

With eight million speakers, Quechua is the third main language of South America, and it is one of the indigenous languages of Latin America. During the Inca civilization (2,600 B.C), the use of the Quechua language spread in South America. That is why it is still spoken in multiple geographical areas such as Peru, Bolivia, Ecuador, Argentina, Chile, and Colombia.

As a universal language, English has spread its roots in South America as well. It was first brought to these regions by explorers and invaders in the late 15th and 16th centuries. Now, a total of 7 million South Americans are fluent in English. Most people even use English as their native language. It is mainly spoken in Argentina and Colombia.

Guarani is spoken in parts of Argentina, Bolivia, Paraguay, and Brazil. It is the official state language of Paraguay. More than 6+ million people are fluent in this language, but it is mostly spoken in rural areas. The emergence of this language is traced back to 1639, the first grammatical text published by Jesuit priest Antonio Ruiz de Montoya.

South America is a combination of multiple cultures around the world. This factor shows in multiple languages spoken by its residents. Understanding some of the main languages is handy for tourists or short-term residents. However, learning several new languages is difficult, so the best option is to use translation and transcreation services to communicate well with locals in Latin America. 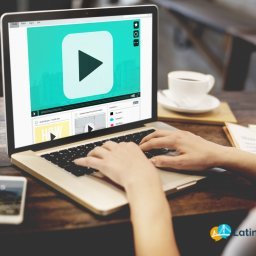 The future of video localization

The future of video localization In this increasingly digital age, more and more people are producing video content than ever….